The Micro, Small, and Medium Enterprises have become the backbone of the Indian economy and play a key role in supporting the manufacturing sector. It contributes substantially as an ancillary unit in the comprehensive development of large industries and the socio-economic development of the country. Both manufacturing enterprises and the service sector are classified under the provisions of MSME. The Micro, Small, and Medium Enterprises Development Act, 2006 is an act to facilitate the promotion and development and enhance the competitiveness of MSMEs’and for matters connected therewith or incidental thereto. A single comprehensive act for development and regulation of small enterprises had been a long outstanding demand of the sector to free it from a plethora of laws and regulations and visits of inspectors, which it had to face with limited awareness and resources. the need has been emphasized from time to time by stakeholders at different fora. in addition, recommendations to provide for a proper legal framework for the small sector to relieve it of the requirements to comply with multiple rules and regulations were made by the committees such as the abid Hussain committee (1997) and study group under Dr. S.P. Gupta (2000). While the small-scale industries continued to be important for the economy, in recent years the small-scale services have also emerged as a significant sector contributing substantially to the economy and employing millions of workers. Therefore, it became necessary, as is the practice worldwide, to address the concerns of both the small-scale industries and services together and recognize them as small enterprises. In a fast-growing economy like ours, the natural mobility of small enterprises to medium ones has to be facilitated through appropriate policy interventions and legal frameworks. With these objectives in view, the government came with exclusive legislation for micro, small and medium enterprises known as the Micro, Small, and Medium Enterprises Development Act, 2006.
The provisions of the MSME Act pertaining to payment of consideration and recovery of outstanding dues apply to a transaction for the sale of goods or supply of services between a ‘supplier’ and a ‘buyer’. The term ‘buyer’ is defined under section 2(b) of the MSME Act to mean whoever buys goods from a supplier for consideration. The term ‘supplier’ is defined under section 2(n) of the MEME Act to mean a micro or small enterprise that has filed the entrepreneurs’ memorandum/Udyog aadhar with the concerned authority. It should be noted the term ‘supplier’ does not include medium-scale enterprises within its scope for the MSME Act. Hence, medium-scale enterprises would not be eligible to claim benefits of the provisions of the MSME Act applicable to outstanding dues.
To recover your money under MSME the first step is to have proper documentation for all the supplies made by the seller to your buyers, the most important part is to have a written purchase order and an invoice to establish the fact that there is a business relationship between the buyer and the seller or else your ordeal doesn’t get converted into a case by the MSME Samadhan i.e., the application for the delayed payment gets rejected. In such a scenario establishing that the seller company has/had a business relationship with the buyer through presenting documents such as invoice alone or delivery challan or any other document as an alternative doesn’t work as an acceptable document for consideration of the case under MSME Samadhan. Further, it is also mandatory to mention the seller companies’ uan aadhar number and that the payment of money is mandatory within 45 days of delivery.
The listed process below shall be approached by MSME Entities before the MSME Samadhan body,:-
1. It is mandatory to have registration of company/LLP/partnership etc. as an MSME and obtain an MSME certificate.
2. It is mandated to record all formal purchase orders from its clients and procure the delivery proofs for all such orders.
3. It is necessary to mention in each invoice, “your entity/establishment name and uan” described with a note that “delayed payments beyond 45 days attract a rate of interest at a current rate three times of the bank rate as per notified by rbi, compounded with a monthly interest”.
In case any clients delay your payments unreasonably beyond the specified time of 45 days, you are allowed to directly inform them that you shall be approaching the MSME Samadhan for such pending payments if they do not make the required days payment. And they still are incapable of responding or releasing the payment, you have the right to file a complaint at www.samadhan.MSME.gov.in. The liable client would receive a notice from the Micro and Small Enterprise Facilitation Council (MSEFC) asking them to respond with compliance in a specified period (usually 15~30 days).
In the MSME Act, section 15 provides that where any supplier supplies goods or renders services to any buyer, the buyer is obligated to make the payment for such supply on or before the following dates: –
1. Where the date of payment is not agreed between the parties – payment is required to be made within 15 days from
(i) the day of actual delivery of the goods, where no objection in writing is raised by the buyer or
(ii) where any objection is raised by the buyer in writing, then the day on which such objection is removed by the supplier

2. Where the date of payment is agreed in writing between the parties– on the agreed date provided such date shall not exceed 45 days from
(i) the day of actual delivery of the goods, where no objection in writing is raised by the buyer or
(ii) where any objection is raised by the buyer in writing, then the day on which such objection is removed by the supplier.
According to section 16 of the act, it is provided that where the buyer fails to make payment to the supplier within the period as stipulated under the provisions of section 15 of the MSME Act, then the buyer shall be liable to pay compound interest to the supplier on the dues, from the date of default. The prescribed rate of such compound interest is three times the bank rate notified by the Reserve Bank of India. The existing bank rate of interest can be checked on the RBI’s website under the policy rates.
According to section 17 of the act, it is provided that for the goods supplied, the buyer shall be liable to pay the amount with interest thereon.
Section 18 of the MSME Act provides that where the buyer fails to make the payment of the principal amount of dues or the interest arising thereon as per section 16 of the MSME Act, then the supplier can file its complaint with the micro and small enterprises facilitation council (‘MSEFC’). The government of India has launched the MSME Samadhan portal for ease of filing such complaints. In case of a dispute regarding any claim due as above, an approach shall be made to the Micro and Small Enterprises Facilitation Council (MSME-FC) constituted by the concerned state government. Every request made shall be decided within the 90 days’ time limit.
According to section 19, any request to uphold and set aside the arbitration award shall not be entertained and framed by the court of law until the applicant has deposited 75 % of the amount awarded by the MSME Samadhan council.
Penalty for non-disclosure in annual accounts or form MSME-1 under the MSME Samadhan council laws. The purchaser should mention the amount overdue for release payment to the MSMEs unit in its annual audited financial statements and shall also file details of such overdue in form MSME-1 for outstanding balances.
Any such violation to disclose such amounts shall further be charged a penalty, not less than Rs. 10,000 under the MSMEd act. In addition to the non-compliance penalty imposed by the ROC (MCA) under Section 405(4) of the Companies Act, in case the purchaser is a company.
Section 22 of the MSME Act provides that where the buyer is required to get his annual accounts audited under any law, then the buyer is required to furnish in its statement of annual accounts, the details of the principal amount and the interest due to any supplier as at the end of a financial year. Similarly, under the provisions companies act, the buyer (being a company) who has outstanding dues towards a supplier is required to submit form MSME-1, providing details of the outstanding dues and the reasons for the delay in payment of dues. Failure to file the form MSME -1 attracts penal consequences for the buyer.
According to section 23 of the act, it provides that the amount of interest payable or paid by a buyer to a supplier under section 16 of the MSME Act shall not be allowed as a deduction for computation of income under the provisions of the income tax act, 1961.
Under the act, the dispute resolution mechanism overrides the arbitration clause incorporated in any of the contracts between such MSME and its clients. This overriding effect originates from Section 24 of the act. As a first step, the MSEFC shall initiate conciliation proceedings to resolve the dispute between the buyer and supplier. where the conciliation proceedings fail and there is no settlement between the buyer and seller, then the arbitration proceedings are initiated for the resolution of the dispute. such arbitration proceedings are governed by the provisions of the arbitration and conciliation act, 1996.
The MSME department also examines applications filed by MSME units and if the application is complete in all respects then the department will issue directions to the buyer unit for payment of due amount along with interest as per the provisions under the MSMED Act 2006. 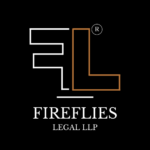